The next time I say something dumb . . . I’ll feel right at home with these folks.

Posted on December 22, 2005 | In Uncategorized No Comments 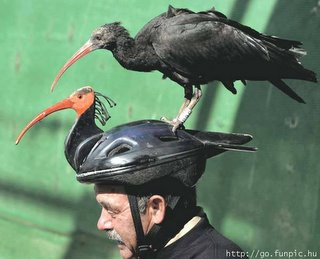 “Whenever I watch TV and see those poor starving kids all over the world, I can’t help but cry. I mean I’d love to be skinny like that, but not with all those flies and death and stuff.” –Mariah Carey

“Smoking kills. If you’re killed, you’ve lost a very important part of your life,”–Brooke Shields, during an interview to become Spokesperson for federal anti-smoking campaign.

“I’ve never had major knee surgery on any other part of my body,” –Winston Bennett, University of Kentucky basketball forward.

“Outside of the killings, Washington has one of the lowest crime rates in the country.”–Mayor Marion Barry, Washington, DC

“That lowdown scoundrel deserves to be kicked to death by a jackass, and I’m just the one to do it.”–A congressional candidate in Texas

“It isn’t pollution that’s harming the environment. It’s the impurities in our air and water that are doing it.”–Al Gore, Vice President and “We are ready for an unforeseen event that may or may not occur.”–Al Gore

“I love California. I practically grew up in Phoenix.”–Dan Quayle

“We’ve got to pause and ask ourselves: How much clean air do we need?”–Lee Iacocca

“If somebody has a bad heart, they can plug this jack in at night as they go to bed and it will monitor their heart throughout the night. And the next morning, when they wake up dead, there’ll be a record.”–Mark S. Fowler, FCC Chairman

Nicole Ritchie on her book THE TRUTH ABOUT DIAMONDS: “I’m hoping that – that people will just act like adults and take it for what it is. And it’s a story. It’s a fiction novel.”

“Your food stamps will be stopped effective March 1992 because we received notice that you passed away. May God bless you. You may reapply if there is a change in your circumstances.”–Department of Social Services, Greenville South Carolina

NEWS FLASH! They’re here!
The next time I say something dumb . . . I’ll feel right at home with these folks.

Dogs do speak. But only to those who know how to listen.

This little book came to me in a flash while I was vacuuming. When I began to weep, I shut off the vacuum and hurried to my computer, where I typed out a draft of the work that became Sit. Stay. Forever.  I posted a copy to my Facebook page, and when the reaction of readers equalled my own, I knew I had to publish those verses as a book.

Sometimes small books can have the biggest emotional impact, because the emotion isn't in the words, it's in the heart of the reader. The words and illustrations on the page remind us of the precious relationships in our lives and bring us back to an awareness of and appreciation for those beloved friends.

Sit. Stay. Forever is the perfect book for anyone who loves dogs. The hardback comes with a dust jacket and makes a wonderful gift for dog lovers. There's even a page for the recipient to paste a picture of their beloved canine.

Sit. Stay. Forever reminds readers that this world was never intended to last forever. The Word of God tells us that a new heaven and new earth are coming, new creations that will be populated with animals and believers. I believe our loving God may well allow our beloved pets to be with us on that new earth and in the new heaven. After all, Jesus comes back to earth on a white horse, so heaven definitely has a stable! (Rev. 6:2).

Rescue groups who would like to buy the book wholesale and use for fund-raising efforts, please contact the author.

A five-year-old boy can sense who is telling the truth...and who isn't. It's a gift some will do anything to silence and a mother will do anything to protect.Lara Godfrey desperately wants to have a child--a living legacy from her late husband. Placing her life in the hands of a doctor she believe...